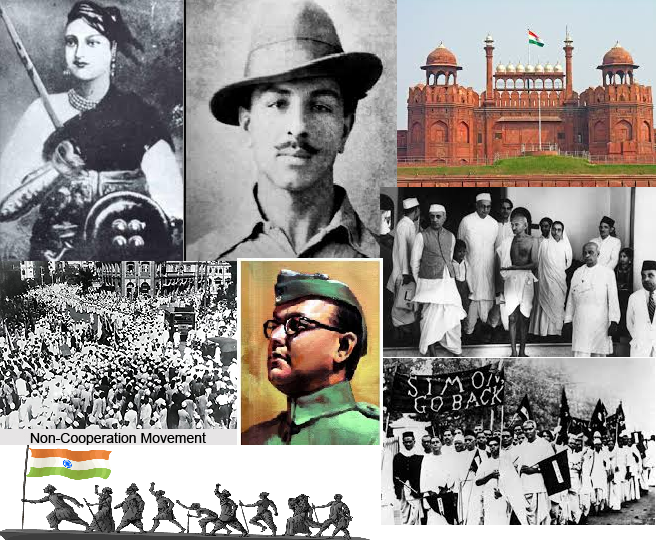 In this topic, we have provided important events in Indian History and the foundations of Indian National Movement. This is very important topic for all competitive exams like UPSC, SSC, BANK, TNPSC and other public service commission exams preparation for objective and mains written type.

The history of India includes several the prehistoric settlements and various periods of rich cultural, scientific, spiritual and technological advancements; the advancement of civilisation from the earliest recorded Indus Valley Civilisation and events blending of the Indo-Aryan races. This period is spiritually important because of the birth and nourishment of several world religions like Hinduism, Jainism and Buddhism;Followed by the onset of a succession of powerful dynasties and empires who made their presence strong and seeded the growth of India with regard to all spheres, also to mention the growth of Muslim dominions during the Medieval period; Everything ending up with the advent of European traders and privateers, resulting in the establishment of British India and other instances of East India company establishments; followed by the subsequent  Indian independence movement that led to various radical transformations such as the Partition of India and the creation of the Republic of India.