Today is the first lunar eclipse of the year, where the moon will not only appear red in colour, but will be slightly bigger and brighter than usual during the eclipse. Lunar eclipse 2018 will be more special because for the first time in 152 years, a supermoon (when the moon is unusually closer to earth), a blue moon (a second full moon in a calendar month) and a blood moon (a moment during an eclipse when the moon turns red) will coincide. Lunar eclipse or Chandra Grahan, popularly known as in India is one of the biggest astronomical events. 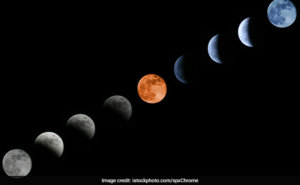 In India, the lunar eclipse is said to occur at night and is believed to have a significant astrological impact as per the Hindu calendar. There are certain practices that are followed during this period, which also include skipping food. It is believed that eating foods during the lunar eclipse may have harmful effects on the body.

On this day, your body has a cooling effect, which in turn makes your digestive system slow and produces lesser digestive juices, which is why it is mostly recommended that you shouldn’t be eating too many heavy foods. Moon is water and our body has 72 percent water; which means the change in the moon will also bring a change in the brain and body. During this day, people go through emotional changes too. You must practice meditation and deep breathing exercises to ensure the day goes by easily.”

lunar eclipse supermoon nasa Lunar Eclipse 2018: the eclipse is said to occur at night and is believed to have an astrological impact 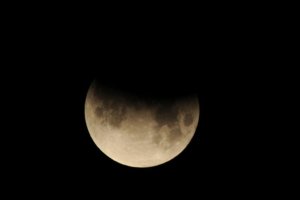 “While there is no particular reason of skipping foods, but it may be because of the absence of light during this day that allows harmful bacteria and germs to enter the food, which may cause a health problem. However, this was more prevalent in earlier days when people lived in kaccha houses or in jungles where the probability of bacteria entering your food was more. It is mostly a belief that is still followed today.” Science is yet to prove this theory.

“Our mind is highly affected by the environment. For example, when it’s very hot you notice that you are very irritated. When it’s very cold, you don’t feel like doing anything. similarly, you react differently when it rains. Our body is 70% water. When something as large as the ocean is affected by full moon and new moon- causing high tides and low tides- the body is also affected. This celestial phenomenon also affects our minds. In order to deal with this inner chaos, our ancestors have given us a set of practices. Due to the large amounts of micro-organic death during this celestial phenomenon, cleanliness is given high importance. It is recommended to take a shower before and after the eclipse.

“Although it is highly recommended that we have nothing during an eclipse, if you get very hungry, you can have tender coconut water or flowing water. Fruits can also be had.”

It is believed that the many cycles of moon enhance radiations and ultraviolet rays that contaminate the food, which becomes harmful to consume. Cooked food is made using water and water is believed to attract more radiations, which in turn ruins the food. However, it is said that adding holy basil or tulsi leaves to the food may repel the radiations. While it hasn’t been proved by science yet, it still remains a belief. 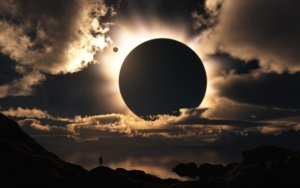