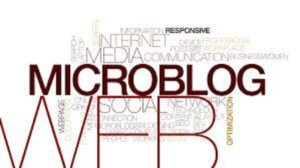 A new idea for Micro blogging has been to turn it into a way to talk to other people about work. It allows a person to give quick news or information to the people they work without sending a lot of emails and without the spam they get in their email account. New companies such as Yammer have been started who want to help allow workers to talk to each other with about work and share what they need.