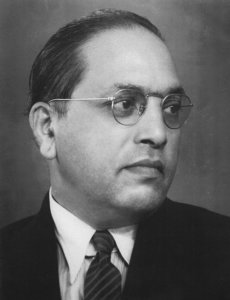 He popularly known as Babasaheb Ambedkar, was an Indian jurist, economist, politician and social reformer who inspired the Dalit Buddhist movement and campaigned against social discrimination towards the untouchables (Dalits), while also supporting the rights of women and labour. He was independent India’s first law and justice minister, the principal architect of the Constitution of India, and a founding father of the Republic of India. In 1936, Ambedkar founded the Independent Labour Party, which contested the 1937 Bombay election to the Central Legislative Assembly for the 13 reserved and 4 general seats, and secured 11 and 3 seats respectively. Ambedkar published his book Annihilation of Caste on 15 May 1936. It strongly criticised Hindu orthodox religious leaders and the caste system in general.