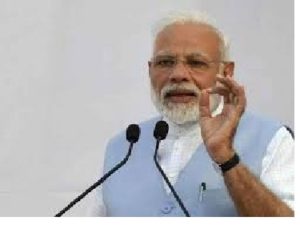 Prime Minister Narendra Modi has chaired the 32nd interaction through PRAGATI platform which was held in New Delhi. PRAGATI is defined as the ICT-based, multi-modal platform for Pro-Active Governance and Timely Implementation.

The PRAGATI platform also addresses the grievances of the common people.The Prime Minister had launched the multi-purpose and multi-modal governance platform PRAGATI on March 25, 2015. PRAGATI – is an integrating and interactive platform, aimed at addressing the common man’s grievances. 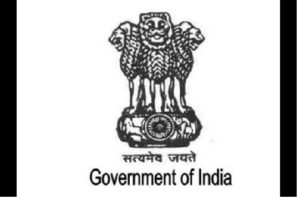 The Government of India has created “National Startup Advisory Council“. The council is being set up to advise the central government to create a strong ecosystem to nurture innovation and start-ups in India.

The Council aims to boost the culture of innovation among the students. It will recommend measures to facilitate public organizations to embrace innovation, promote creation, protection and commercialization of intellectual property rights, making it easier to begin, operate, grow and exit businesses by narrowing the regulatory compliances and costs. 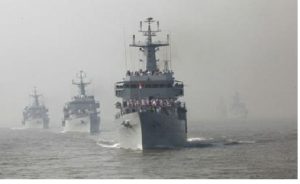 Indian Navy has signed a Memorandum of Understanding (MoU) with Geological Survey of India (GSI) for ‘Sharing of seabed sediments data, products and expertise for Naval Application in Meteorology and Oceanography’. The MoU was signed today between Commodore AA Abhyankar, who heads Indian Navy’s Oceanology and Meteorology Directorate and Shri N Maran, Deputy Director General of GSI.

About Geological Survey of India(GSI):

The decision has been taken to make everyone aware and understand the basic principles and the importance of the inclusiveness, justice, equality, liberty and brotherhood mentioned in the Preamble of the Constitution.

Uttarakhand is the first state to implement agricultural leasing policy 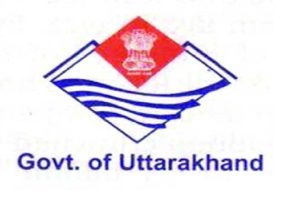 Uttarakhand has become the first state in India which has made a policy to lease agricultural land. After the approval of Rashtrapati Bhavan, the state government has issued the order. Under this leasing policy, instead of giving land on a 30-year lease, the concerned farmer will get the rent for the land.

By this policy any institutions, company, firm or NGO can take farm lands of maximum 30 acres in villages for lease for a period of 30 years and the government land around farm land can be taken for  lease by paying the fee with the permission of the District Magistrate.

In a 1st, TSEC to use face recognition app in 2020 Telangana Municipal polls on pilot basis

The Telangana State Election Commission(TSEC) of the Indian state of Telangana, for the first time in India will use facial recognition in the Telangana Municipal polls to tackle the counter impersonation by the voters. This will be done on a pilot basis in selected 10 polling stations of Telangana’s Kompally Municipality of Medchal Malkajgiri district.

The polling will be held on January 22, 2020 in 120 municipalities and 9 municipal corporations. 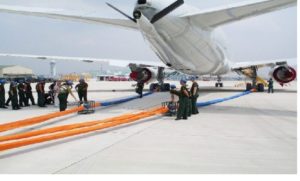 As part of this agreement, KUNZ GmbH has agreed to jointly establish a centre for disabled aircraft recovery training with BIAL, making BLR Airport the first in the region to have such a facility.

ccording to a new study by experts from University Maritime Advisory Services (UMAS),London, England, which includes University College London’s (UCL) Energy Institute & the Energy Transitions Commission,the  shipping industry must spend a scale of investment of at least $1 trillion (£0.8 trillion) on new fuel technology to decarbonise the international shipping if it is to meet UN emissions targets by 2050.

The global shipping fleet, which accounts for 2.2% of the world’s CO2 emissions, is under pressure to reduce those emissions and other pollution. About 90% of world trade is transported by sea.

Guyana takes over G77 Chairmanship for 2020 The G77 is the largest intergovernmental organization of developing countries in the UN. It was designed to promote its members’ collective economic interests and create an enhanced joint negotiating capacity in the UN.

NICL board approves its merger proposal with OICL & UIIC

The board of OICL and UIIC had already approved the merger at their board meetings held in Delhi, before the board of NICL.

ICICI (Industrial Credit and Investment Corporation of India) Bank, an Indian multinational bank has launched Cardless cash withdrawal facility from its ATMs (Automated Teller Machine) with a per day transaction limit of Rs 20,000.

With this, customers can withdraw cash from more than 15,000 ATMs of the bank through the bank’s mobile banking application ‘iMobile’. The Indian government’s approval will allow Singapore Telecommunications Ltd or Singtel, which owns a 35% stake in Bharti Airtel, to increase its stake in the Indian company. 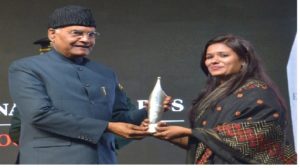 The President of India, Shri Ram Nath Kovind, presented the 14th Ramnath Goenka Excellence in Journalism Awards at a ceremony held in New Delhi today (January 20, 2020). The award honours journalists across the country from print, broadcast and digital media.  The awards were presented to 23 winners in 11 categories for their outstanding work done from the year 2018. President Ram Nath Kovind presented the Pradhan Mantri Rashtriya Bal Puraskar, 2020 at Rashtrapati Bhavan. The Bal Puraskar is given by government every year to recognize exceptional achievements of children in various fields.

These fields are innovation, scholastic achievements, social service, arts and culture, sports and bravery. AIR correspondent reports that twenty-two children who were selected for National Bravery Awards also received the awards from the President.

In the Knight Frank’s Global Residential Cities Index Q3 (Quarter) 2019, Hyderabad has ranked 14th among 150 cities in the World with an appreciation of 9% in residential prices on a YoY (Year-over-Year)  basis. In this index ,Budapest in Hungary is at the first place with the  highest annual growth rate of 24%, followed by Xi’an and Wuhan in China at 15.9% and 14.9%. “World Gold Outlook 2020” has been released by World Gold Council in which it placed Reserve Bank of India on 6th position in the largest buyer of sovereign gold abroad. RBI was a modest player in buying gold abroad compared to other major central banks, adding to its reserve in October after a gap of five months.

However, it became the sixth largest buyer when it purchased 25.2 tonnes in first 10 months of 2019 to hedge government’s sovereign gold bond issue. It is Sania’s 42nd WTA doubles title and first since Brisbane International Trophy in 2007 with American partner Bethanie Mattek-Sands.