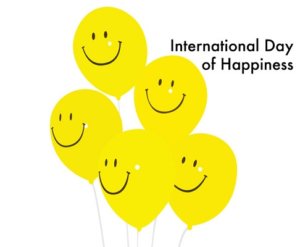 This year’s theme is “Share Happiness – focusing on the importance of relationships, kindness and helping each other.”