Youth Day is a holiday dedicated to the youths of a country. It is observed by 18 countries, on many different dates throughout the year. The United Nations agreed on the date of 12 August in 1999. 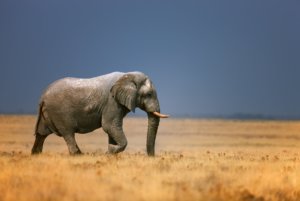 World Elephant Day is an international annual event on August 12, dedicated to the preservation and protection of the world’s elephants. Conceived in 2011 by Canadian filmmakers Patricia Sims and Michael Clark of Canazwest Pictures, and Sivaporn Dardarananda, Secretary-General of the Elephant Reintroduction Foundation in Thailand, it was officially founded, supported and launched by Patricia Sims and the Elephant Reintroduction Foundation on August 12, 2012.Since that time, Patricia Sims continues to lead and direct World Elephant Day, which is now supported by over 65 wildlife organizations and many individuals in countries across the globe. Vikram Ambalal Sarabhai (12 August 1919 – 30 December 1971) was an Indian scientist and innovator widely regarded as the father of India’s space programme. Sarabhai received the Shanti Swarup Bhatnagar Medal in 1962.The nation honoured him awarding Padma Bhushan in 1966 and Padma Vibhushan (posthumously) in 1972.

The decade following independence in 1947 was a witness to a surge of innovative ideas to build a fledgling independent nation into a model democratic state committed to growth with equity in the development of its people. The establishment of Indian Institute of Management Ahmedabad (IIMA) was the outcome of one such innovative initiative.