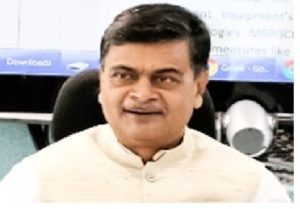 Power Minister R K Singh released the State Energy Efficiency Index 2019 in New Delhi. The index is developed by Bureau of Energy Efficiency in association with Alliance for an Energy Efficient Economy. It will help states to contribute towards national goals on energy security and climate action by helping drive Energy Efficiency policies and programmme implementation at the state and local level. This year a budget of Rs. 250 crore was allotted to Indian Railways from Nirbhaya fund for installation of the video surveillance system. 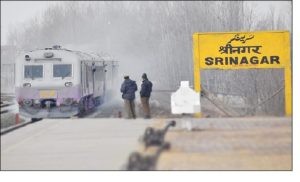 Kashmir will be connected to rest of the country through Railway network by December next year as the government has set a fresh deadline for completion of the world’s highest Railway bridge. The Rail line is expected to be 35 meters taller than the Eiffel Tower. Konkan Railway has said, it was most challenging project in the post-independent history of Indian Railways. The Chenab bridge will be35m taller than the Eiffel Tower in Paris,France. Andhra Pradesh Chief Minister Y S Jagan Mohan Reddy on Thursday launched his government’s flagship programme ‘Amma Vodi’ scheme meant to support lakhs of poor and needy mothers to educate their children. The Amma Vodi scheme is a first of its kind in the country to bring about historical changes in the education system of the state of Andhra Pradesh. 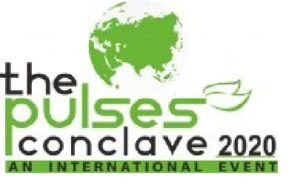 India Pulses and Grains Association (IPGA), the apex organisation of the import and export trader of pulses and grains in India will host the 5th edition of its biennial conference, ‘The Pulses Conclave 2020’ from February 12 – 14, 2020 at the Aamby Valley City in Lonavala, Maharashtra.

IPGA expects close to 1500 trade stakeholders from India and key pulses exporting countries like the USA, Australia, Canada, Myanmar, Ethiopia, etc. to participate in the conclave.

UP to build Rs 234-crore zoo named after Ashfaqullah Khan The UP Cabinet approved a proposal to set aside Rs 234 crore for construction of a zoological garden named after Shaheed Ashfaqullah Khan in Gorakhpur. The zoo will come up across over 121 acres. A government spokesperson said the objective was to attract tourists and increase employment opportunities.

Freedom fighter Ashfaqullah Khan was sentenced to death along with Ram Prasad Bismil for the Kakori train robbery, commonly known as the Kakori conspiracy of 1925.

Arunachal Pradesh Legislative Assembly (ARLA) adopted a new logo which will reflect the distinct identity and culture of the state. The new logo consists of the National Emblem to signify the federal system of the Indian Constitution and the flower foxtail orchid (Rhynchostylis retusa) which represents the state, its people and culture, while the blue colour denotes the autonomy of the assembly secretariat.

The report stated the weakness in credit from Non-Banking Financial Companies (NBFCs) as the root cause for lowering the growth rate from 6% to 5%.

The V-CIP is a consent based alternate method of establishing the customer’s identity and for customer on boarding from remote areas while leveraging the digital technology. 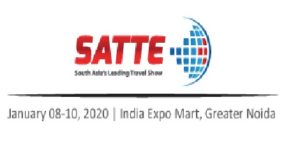 The 27th edition of South Asian Trade and Travel Exchange Expo (SATTE) 2020 was held in New Delhi. The SATTE expo was supported by Ministry of Tourism, Government of India and sponsored by Jammu & Kashmir Tourism Department. The objective of the expo was to build new business partnerships and hence was an important place for the promotion of tourism.

The SATTE witnessed the participation of over 50 countries and 28 Indian states.During the expo, the Tourism Department of Jammu & Kashmir launched publicity campaign to showcase diverse tourism attractions. Kohli is now 17 points ahead of his strong rival Steven Peter Devereux Smith (911points) of Australia.

On January 10, 2020, World Hindi Day (WHD) is celebrated across the world with the aim to promote the use of Hindi language abroad. The 1st World Hindi Conference was organized on 10 January 1975 in Nagpur,Maharashtra by then Prime Minister (PM) Indira Gandhi. It was attended by 122 delegates from 30 countries.The day was 1st celebrated in 2006. Since then every year 10th January is being observed as the WHD.