The committee has suggested enabling effective action by governments and authorised to curb child sexual content & has appealed to Prime Minister (PM) Narendra Modi to raise the issue in its ‘Mann Ki Baat’ program so that people can become aware of it and curb it. This committee was formed by the Vice President to examine the issue of such widespread social concern and prepare its report. It has been built at a cost of Rs 1.79 crore and has the capacity to dispose 500kg waste, including plastic and e-waste. This waste-to-energy plant uses a patented technology called ‘Polycrack’.

This process will produce energy in the form of light diesel oil which is used to light furnaces.

Kolkata Metro Rail Corporation (KMRC) is set to complete its East-West Project, which runs partly under the Hooghly river, West Bengal, by March 2022. It will be India’s first underwater metro. The new metro rail is expected to carry about 900,000 people daily & will take less than a minute to cross a 520-meter underwater tunnel.

74% of the East-West metro project is owned by India’s Railway & remaining 26% by the nation’s Ministry of Housing & Urban Affairs. Britain unveiled a new 50 pence coin minted to mark the country’s departure from the European Union, which bears the inscription “Peace, prosperity and friendship with all nations” and the Brexit date of 31 January 2020.

Brexit is the withdrawal of the United Kingdom (UK) from the European Union (EU). Finance Minister of Britain Sajid Javid, who is also Master of the Mint, was presented with the first batch of coins.

It is organized by the Children’s Film Society, Bangladesh. It is the biggest film festival of  Southeast Asian country and only international festival celebrated since 2008.It will feature 173 films from 39 countries including Bangladesh, India, France, Korea, Spain and other countries. Saudi Arabia has announced that Isreali citizens are not allowed to visit the kingdom,home to Islam’s holiest sites.

This decision comes after Isreal’s Interior Ministry said Isreali citizens (Musolims and Jews) have the right to travel to Saudi Arabia for religious and business visits. Like most Arab countries, Saudi Arabia does not have diplomatioc relations with Isreal. Isreal has peace deals with only two Arab countries Jordan and Egypt.

Senior diplomat Taranjit Singh Sandhu has been appointed as India’s Ambassador to the US, the Ministry of External Affairs. Sandhu, a 1988-batch Indian Foreign Service officer, is currently posted as High Commissioner of India in Sri Lanka.

He replaces Harsh Vardhan Shringla as India’s envoy in Washington. Shringla has been named as India’s next foreign secretary. 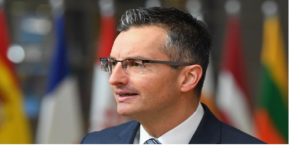 Slovenian Prime Minister Marjan Sarec has announced a step-down and called for fresh elections. Earlier, he is best known as a comedian and political satirist before he launched himself as an anti-establishment politician.

The Prime minister of Slovenia is the head of the Government of the Republic of Slovenia. 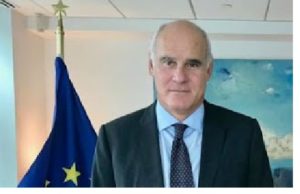 Veteran diplomat Joao Vale de Almeida appointed as the first ambassador of European Union (EU) to the United Kingdom of Great Britain and Northern Ireland.He will assume the office on February 1, 2020 the day after the Brexit.

62-years-old diplomat was born on January 29,1957 in Lisbon, Portugal.He joined European Commission in 1982 after working as a journalist for seven years. The ATF held the meeting of its Board of Directors in Melbourne and unanimously nominated Mr Khanna as Life President. He was also appointed Chairman of the ATF Finnace Committee. 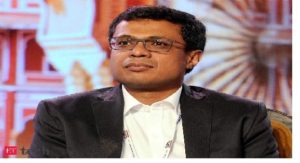 Sachin Bansal has resigned from the independent director of Ujjivan Small Finance bank. He is the co-founder of Flipkart. Following the majority stake  acquisition in Chaitanya India Fin Credit, Sachin Bansal  has applied for a universal banking licence on January 10, 2020.

Bansal was born in Chandigarh, India, on August 5, 1981. In 2006 he joined Amazon Web Services as a Senior Software Engineer and in later 2007 along with  his co-founder Binny Bansal, he started the Flipkart. 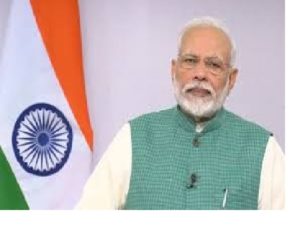 Prime Minister Shri Narendra Modi addressed the conference through remote video conferencing. The Objective of the conclave to highlight achievements and opportunities in the area of potato researcs,trade & industry, and value chain. Kavaratti is the last of the four Anti-submarine warfare(ASW) stealth corvettes built by the GRSE for the Indian Navy under Project P28.

Three of the four corvettes, INS Kamorta, INS Kadmatt and INS Kiltan were commissioned in 2014,2016 and 2017 respectively. the India celebrated the legend Lala Lajpat Rai’s 155th birth anniversary. He is one of the most celebrated freedom fighters in the country. His patriotism earned him titles such as “Punjab Kesari” and “Lion of Punjab”.