Bharat Parv, 2020, the programme to celebrate the Spirit of India , started at Red Fort in New Delhi and will be continued till 31st January, 2020.Special Secretary & Financial Adviser of Ministry of Tourism Shri Rajesh Kumar Chaturvedi inaugurated the function in New Delhi.

The Union Ministry of Road Transport and Highways, Nitin Gadkari has launched an online monitoring portal named ‘GATI’ during the first day of the two -day-long review meeting of the National Highway Authority of India (NHAI) and the Ministry projects conducted on 23rd and 24th January 2020.

The new portal is created by the National Highways Authority of India (NHAI) is on the lines of the PRAGATI portal used by the Prime Minister Office for monitoring government proposals and projects. 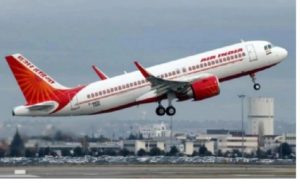 The government today announced sale of 100 per cent stake in debt-laden Air India. Issuing the preliminary bid document for the strategic disinvestment today, the government has set March 17, as the deadline for submitting an expression of interest.

The government has set March 17 as the deadline for submitting the expression of interest. AISATS is an equal joint venture between Air India and Singapore Airlines. It offers ground handling services.

In Arunachal Pradesh, the two-day  ‘Innovation Festival’ kicked off at the Science Centre in on Saturday. The festival is being organized by the Arunachal Pradesh State Council for Science & Technology in collaboration with the National Innovation Foundation.

More than 50 innovations are put on display by students from various educational institutions, grassroots innovators, artisans and entrepreneurs from Arunachal Pradesh, Assam and other states. The Andhra Pradesh (AP) cabinet chaired by chief minister (CM) Yeduguri Sandinti Jaganmohan Reddy has approved the abolition of the legislative council which the government feels is a major hurdle for passing crucial bills.

This approval came after AP government failed to pass 2 important bills (Andhra Pradesh Decentralization and Inclusive development of All Regions Bill-2020 for the tri-capital system & and the AP Capital Region Development Authority (CRDA) Act (Repeal) Bill) in the upper house of the legislature.

The Chief Minister(CM) of Kerala Shri Pinarayi Vijayan inaugurated India’s 1st Super Fab Lab facility at the Integrated Startup Complex of the Kerala Startup Mission (KSUM). The lab which will function in collaboration with the Massachusetts Institute of Technology (MIT), United States(US), will work in enhancing the hardware industry. It is the only such facility outside the United States(US).

The concept for the Super Fab Lab was by Dr. Neil Gershenfeld, Director of MIT Centre for Bits and Atoms. He set up the 1st Fab Lab in the U.S. before 17 years.

Five-day National Integration Camp, highlighting the Central Government’s ‘Ek Bharat, Shrestha Bharat’ scheme has begun in Madurai, the Cultural Capital of Tamil Nadu.Rural artists from more than 16 States and Union Territories are attending the camp, during which they will be showcasing their unique talents as well as getting acquainted with art forms from other parts of the country.

Orientation trips to nearby places of cultural importance and afforestation programmes are also being arranged as part of the camp.Cultural links between and its ‘Ek Bharat, Shrestha Bharat’ partner Jammu Kashmir – Ladakh are also being highlighted in the camp activities. Maharashtra government has launched ‘Shiv Bhojan’ Scheme to provide a meal to the poor for ust 10 rupees.Undre the pilot scheme, lunch plates would be available to people at designated centres/canteens during a stipulated time in all the districts.

The goal of the scheme is to provide affordable and quality food to all, irrespective of caste, creed, religion and financial status,” tweeted Aaditya Thackeray, after the inauguration of the center The five day Ganga Yatra with an aim to create awareness about the holy river started today in Uttar Pradesh. Flagging off the Yatra in Ballia State Governor Anandiben Patel said that those who are living close to this holy river are fortunate people. She said that Prime Minister Narendra Modi is taking steps to clean the rivers of country.

West Bengal emerges at the top in vegetable production West Bengal emerged as the top State in vegetable production in 2018-19. West Bengal has overtaken Uttar Pradesh. Andhra Pradesh continued to hold on to the pole position in fruits with 17.61 mt, followed by Maharashtra (10.82 mt) and Uttar Pradesh (10.65 mt). 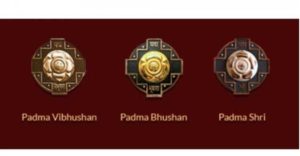 The government has announced 141 Padma Awards for this year on the occasion of 71st Republic Day. The list comprises of 7 Padma Vibhushan, 16 Padma Bhusan and 118 Padma Shri awards.34 awardees are women and 18 foreigners.

Election Commission of India (ECI) award for The Hindu Tamil The Hindu Tamil has won the Election Commission of India’s award for its voter awareness and education campaign in 2019 as part of the poll panel’s national awards given on the occasion of the 10th National Voters Day.

President Ram Nath Kovind gave away the awards for best electoral practices to officers in conducting elections as well as civil society organisations and media groups for spreading awareness. The 62nd edition of the Annual Grammy Awards was held at the Staples Center in Los Angeles city of California in the United States(US). The awards were given in recognition for the best recordings, compositions and artist covering the period from October 1, 2018 till August 31, 2019. The event was hosted by American musician, singer and composer.

Michelle Obama: Former United States(US) lady Michelle Obama was honoured with the best spoken word album of the year award at the Grammy awards for the book “Becoming”. Her husband and Former US President Barack Obama earlier has won two Grammy awards in the same category for his memoirs Dreams from My Father (2006) and The Audacity of Hope (2008).

Singer Lizzo was conferred with 3 grammy awards and dedicated to Basketball star Kobe Bryant who along with his daughter, was killed in a helicopter crash National Basketball Association (NBA) legend Kobe Bryant passed away in a helicopter crash with his 13-year-old daughter Gianna. Bryant was a 5-time NBA champion and 2-time Olympic gold medallist is widely regarded as one of the greatest basketball players in history. 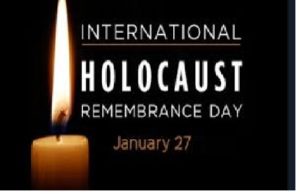 The United Nations Department of Global Communications marked the International Day of Commemoration in Memory of Victims of Holocaust on January 27. This year, 2020 marks 75th anniversary of the day.

The Day was officially announced in November 2005 at the United Nations General Assembly.

Theme: “75 years after Auschwitz- Holocaust Education & Rememberance for Global Justice”.The theme seeks to ensure respect for the dignity and human rights of all people everywhere.