The Union Minister for Petroleum & Natural Gas and Steel, Dharmendra Pradhan has launched a volunteer scheme ‘SERVICE’ and its portal for the employees of the Indian public sector undertaking, Steel Authority of India Limited (SAIL).

The scheme called, SAIL Employees Rendering Volunteerism & Initiatives for Community Engagement (SERVICE), will be made operational from the foundation day of the company, which is on January 24. Under the SERVICE scheme, the focus will be on areas such as education, health, nutrition for the girl child, etc, the employees are encouraged to voluntarily indulge themselves in activities related to social causes.

The Greenpeace India report for 2018 was released based on the National Ambient Air Quality Monitoring Programme (NAMP), on January 21, 2020. Jharia in Jharkhand which is known for Coal-belching is the most polluted Indian city with 322 µg/m3 (micrograms per cubic meter) of PM10 (Particulate matter) pollutants in 2018, according to the report analysis of 287 cities across the country. Out of 287 cities 231 cities were severely polluted.

Dhanbad in Jharkhand which is  known for its rich coal reserves and industries, is the second-most polluted Indian City with 264 un/m3 of PM10  pollutants.Lunglei in Mizoram is the least polluted followed by Meghalaya’s Dowki. 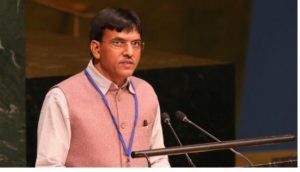 The Union Minister of State for Shipping (I/C) and Chemical & Fertilizers Shri Mansukh Mandaviya participated in the High-level roundtable of UNAIDS (The Joint United Nations Programme on HIV/AIDS) on the theme Access for all: Leveraging Innovations, Investments and Partnerships for Health at World Economic Forum at Davos, Switzerland.

In a one-hour long discussion Shri Mandaviya stated that, “Health needs to be accessible for all and innovative technologies and solutions can play a key role, including in bridging economic inequalities”.  Shri Mandaviya is on a Four-day official visit to Davos to attend World Economic Forum. Bangladesh launched the e-passport facility for its citizens. The e-passports will have an embedded chip in them which will contain the bio-metric data of the passport holder, photograph and other information contained in the passport. It will also include digital security features in it.

Bangladesh is the first country in South Asia and 119th country in the wold to provide e-passport facility. According to the International Civil Aviation Organisation (ICAO), over 490 million e-Passports are in circulation in the world. 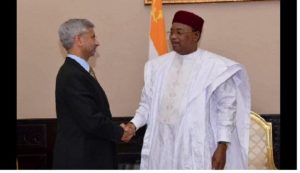 External Affairs Minister S. Jaishankar and President of Niger Mahamadou Issoufou on Tuesday jointly inaugurated the first convention centre established in Africa by India to honour the memory of Mahatma Gandhi. The External Affairs Ministry said in a statement that the establishment of the Mahatma Gandhi International Convention Centre (MGICC) is a landmark for India-Niger friendship, as also a symbol of India’s firm commitment towards Africa.

It is the first centre to be established in Africa by India to honour the memory of Mahatma Gandhi whose 150th Birth Anniversary was observed last year. International Monetary Fund (IMF) has lowered India’s growth forecast for 2019 to 4.8 per cent from 6.1 per cent it projected in October on the back of sharp decline in consumer demand, stress in the NBFC sector and sluggish credit growth. In its World Economic Outlook, IMF expected growth to pick up over the course of next two years with the help of monetary and fiscal stimulus as well as subdued oil prices. 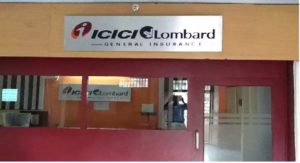 ICICI Lombard has received Insurance Regulatory and Development Authority (IRDAI) approval to pilot five innovative applications and programs in its health and motor portfolio under the Sandbox Project. Global Talent Competitive Index (GTCI) 2020 has been released at the annual meeting of the World Economic Forum (WEF) on January 22, 2020. INSEAD Business School released the GTCI report with the help of Google and Adecco Group.

This year India climbed eight ranks and secured the 72nd rank in the index. Switzerland is in the first place while the USA and Singapore grabbed the second and third positions respectively. This index shows the ability of countries to make the world progress, retain and attract talent. They are ranked based on their abilities.

The 23rd edition of the PwC’s Annual Global CEO Survey was launched on the 1st day of the World Economic Forum (WEF) annual meeting in Davos, Switzerland. As per the survey based on the confidence of CEOs over worldwide economic growth, India ranked 4th while it was topped by United States(US). China and Germany ranked 2nd and 3rd respectively.

The Economist Intelligence Unit (EIU) has recently released a global democracy index for the year 2019. India has slipped 10 ranks to 51st position in this index. This index provides an overall view of the status of democracy among 167 countries.

The global democracy index helps business leaders to empower them to work with confidence and to prepare for more opportunities. Norway is on the top of the EIU’s democracy index while Pakistan is on 108th rank. Priya Prakash, the founder and CEO of India based HealthSetGo, has won the Global Citizen Prize: Cisco Youth Leadership Award for 2019 for her school health program that aims at providing 360 degree healthcare support to children.

The prestigious award honours an individual aged 18 – 30 who is bringing about a positive change in the world by solving some of its biggest global challenges. The award includes a US $250,000 prize paid to the individual’s organisation to which the individual contributes, to further their mission of accelerating global problem solving.

According to the ‘SKOCH State of Governance 2019’ report, Gujarat gained the top spot on the back of better performance in Health, Education, Power and e-Governance segments.

Gujarat, which was ranked 5th in 2018 replaces 2018 leader West Bengal.The projects undertaken by the states, have performed the best in terms of rankings across 22 different parameters have been listed as STARS.

Gujarat is also ranked top in terms of governance category (leaving Tamil Nadu to the 2nd) & other sectors including tourism and culture , e-Governance, Health, Education, Power Infrastructure. It ranked 3rd on municipal governance. 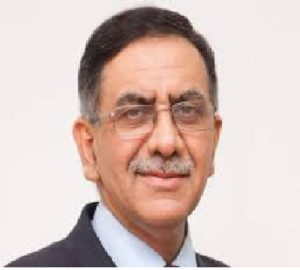 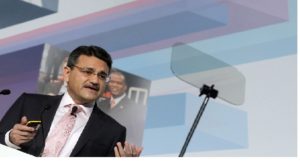 SoftBank group has appointed Manoj Kohli as its India’s head. He has served as the Chairman of SB(SoftBank) energy, the Japanese telecom and investment renewable energy business.

Manoj Kohli will be responsible for SoftBank Vision Fund, their portfolio companies and look after government relations and public policy efforts. Kohli succeeds Sumer Janeja as the Softbank India head. Bank of Baroda Recruitment 2020 out – Apply For Chief Financial...